This is the second APS camera I have tried while on this journey, the first being the samurai. Now, I don’t think this one looks as cool as that one, but this one is smaller and fits in my pocket easier. I didn’t really want another APS, but as I have some film left over, I thought I might as well try this camera as it was only $1. 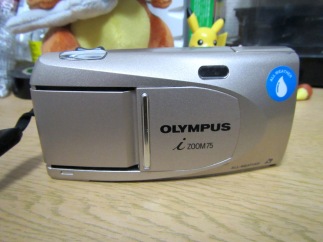 It turns on by sliding the front cover away from the lens. Then the flash pops up. Mine kept turning off immediately at first. I had no idea why and thought it was just a junk type fault. In the end, I found that if you pull the cover too far to edge it will turn off. So you need to be gentle with the sliding mechanism. Mine would also lock off and sliding back the cover would not turn it on again until I pressed the film open button on the bottom. So I learnt to be very careful.

It was made in China around 1999, so not long before the demise of the APS format. It feels great to hold and as I said it fits nicely in a pocket. The all weather format means it is perfect for most conditions

There really isn’t much to this camera, simply point and shoot. The main issue I had was getting the film developed. Kitamura just refused, “deki nai”. I asked why and they just repeated that phrase, “can’t do”. Then again, Kitamura seems to have issues with any film that is not Japanese and they are not my favourite camera company in Japan. They never explain why two films that are c-41 process are either accepted or not accepted. If it is an Agfa c-41, then no. If it is fuji or kodak c-41, then yes. Anyway, I think they returned my film unprocessed after a week due to the fact it did not have any markings on it indicating it was a c-41 APS film. It was a very old truprint, but APS that is not c-41 is quite rare now. Yodobashi camera, on the other hand, developed the film in a day, taking my word that it was indeed a c-41.

So did it work? I tested it out on a rainy day in autumn woods of Japan…and then finished on a much sunnier day. 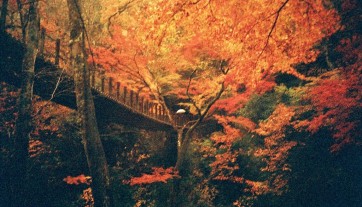 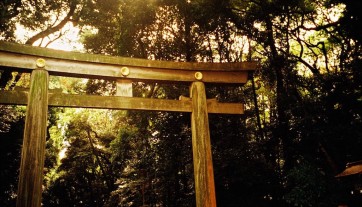 Well yeah, kind of…but it is hard to tell with those colours. Boy was that film out of date, it makes the autumn colours look like the world is on fire. I really like the taxi photo and the one with the rocks in the stream, the water looks like a river of gold.

I will try it again with another film as I still have a couple left.

Keep or sell, I will offer it for sale with a film, but who buys APS now…apart from me?

Addition: Since this post I have tried a few aps camera and am liking them more and more. I have just sent this camera to a fellow APS admirer. Apparently, there can be more than one.