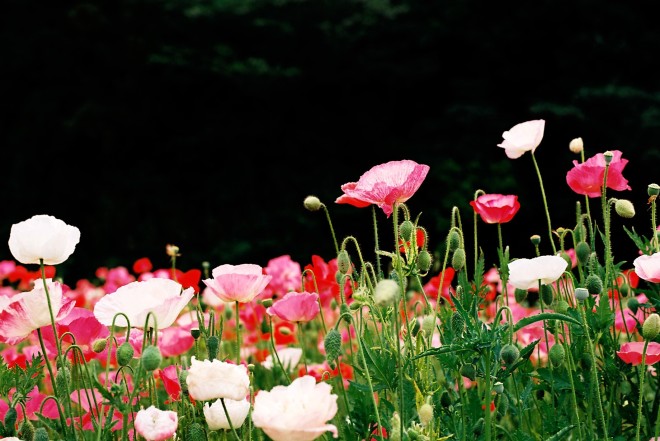 I knew I had left at least one SLR in Japan, but I didn’t know which one. I was happy to find it was the Olympus OM 30 with a 50mm lens. I used that one for most of my holiday, once I put in 5 batteries..yeap 5!

First I took it to the Kounosu Poppy Festival which had over 30 million poppies in bloom and a delicious Kakigori.

Then I took it to the Kawajima Rose Festival which has the longest rose tunnel in Japan. It really did get a flower workout.

After being in a suitcase for almost a year, you can see it still worked perfectly. I finished the film on the way to Champ Camera to get it developed.

It was nice having (almost) one camera to choose from for a while and it reminded me why Olympus was my first love.

6 thoughts on “Return To The Olympus OM30”