For me, this is a pretty ordinary point and shoot camera. It is one of the few times I was not attracted to or have any feelings towards a camera. I just wanted to get the film finished. I am not sure why. I was testing two cameras at the same time and I felt the same about both of them. I don’t think my love of cameras has diminished, but these two cameras definitely tested my resolve.

Anyway, this camera is from 1987. It has a focal length button to switch from 40mm to 80mm and a black light compensation button. You can read more about the technical details on the previous link and this one. 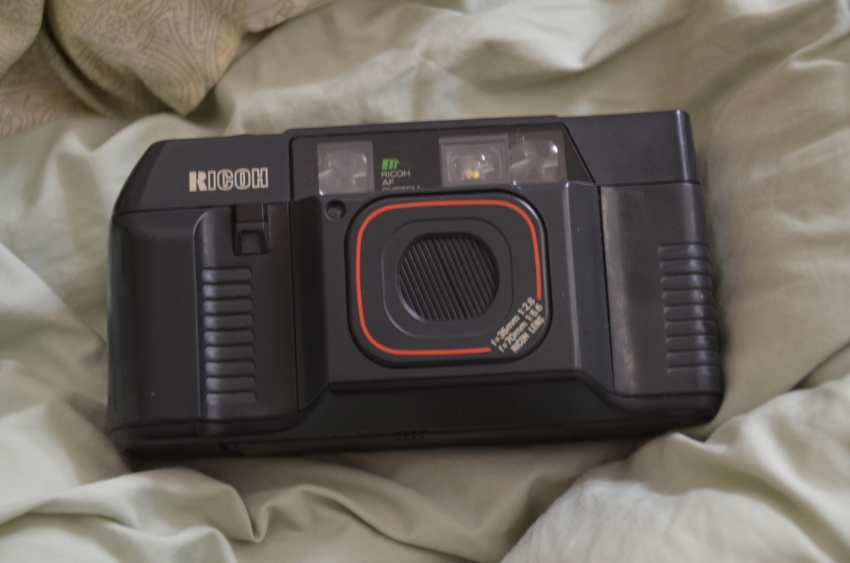 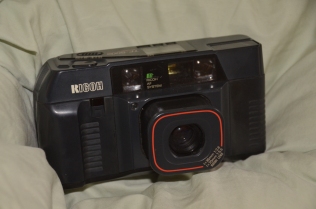 I decided for this camera to use one film on one day at one event. So I took it to Takaosanguchi and the Fire Walking Festival. Back in the day that is what you would do, take a camera and a film and use it at some outing…not like now where we document every second we breathe or mouthful we consume. 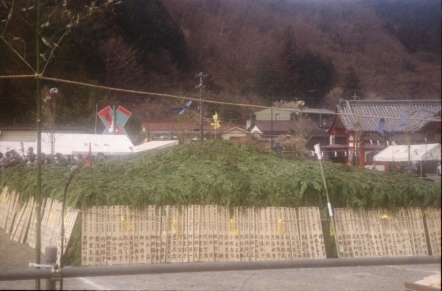 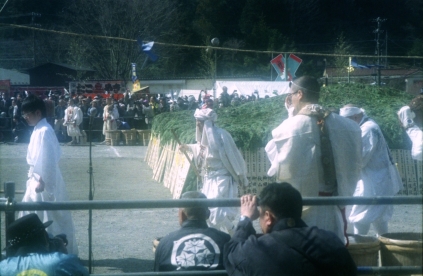 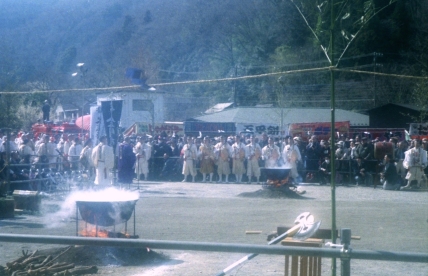 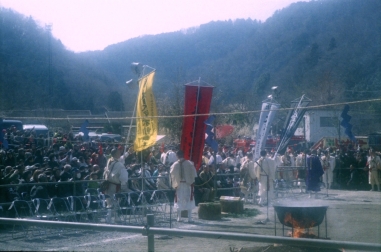 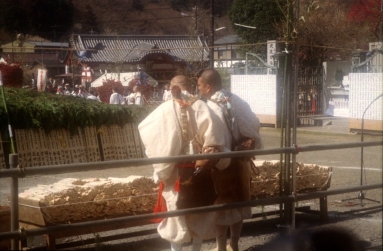 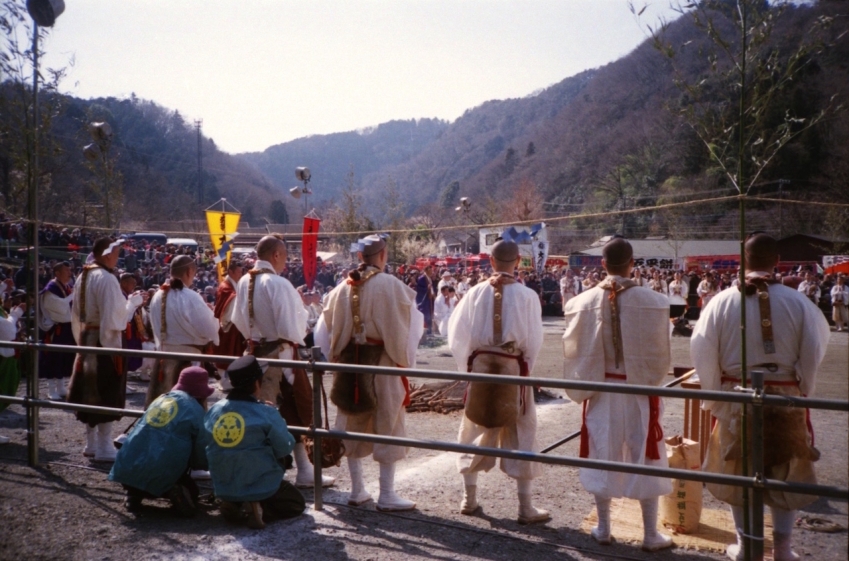 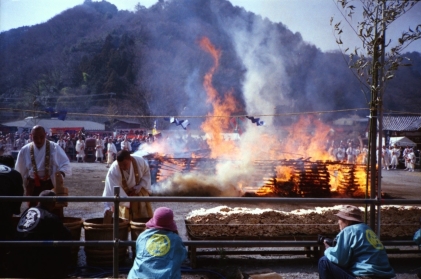 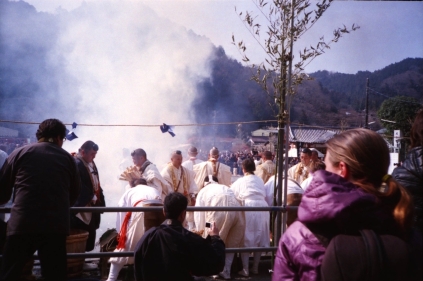 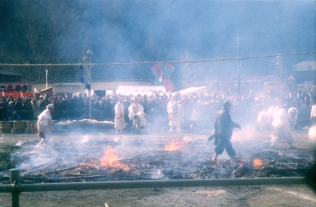 I think the camera was a bit hit and miss. There is haze on some shots, but clear on others. But, crikey was it hot….we had to move back when the pile of spruce was lit. I could feel my coat melting. How those guys stayed close I have no idea, magic. You could stand in line to walk on the ash, but I had no desire to do that. My feet have the skin of a baby and blister at the slightest provocation.