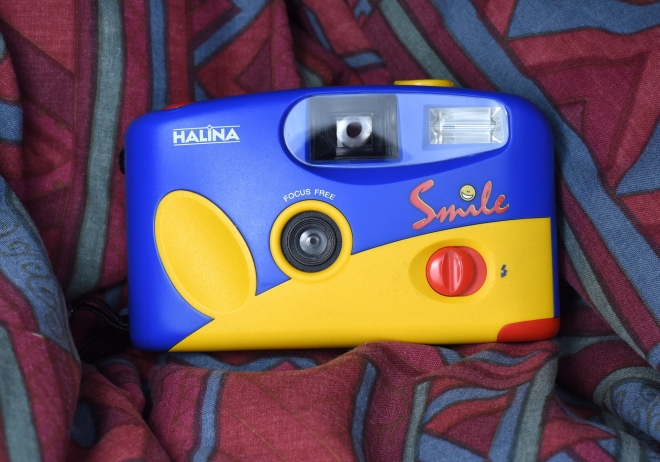 As of writing this post you could still buy this camera on Amazon. I put in half a roll of expired film from another toy camera.

This is a cheap plastic camera with very basic specs. A single aperture, a single speed, and a fixed focus lens.

I don’t know why anyone would buy this camera. You might as well get the simple use camera, at least then you will get a decent film with it.

Loading the film is a little awkward as there is no slot for the film end, only some bumps for the sprockets, as with the simple use. I found after loading the half used roll, the winder became stiff. I recommend only using a 24 exposure film, of 400asa of course.

After a few shots, my example seized and I gave up.

Here are the few shots I got.

Not the best camera, not the sharpest of lenses. Not recommended by me at least. The colours are nice though 🙂

One thought on “Halina Smile”