I bought this camera over the internet while I was in Japan. It was waiting for me when I returned to the UK.

This camera was released in 1973 or 1974 depending on which website you check. It was the first of the Minox 35 line. It was so popular that it was copied exactly in Russia as the Kiev 35A.

The first film I tried was some Street Candy. I ordered it when it first came out as I think we should support new film makers.  It was posted to the UK so it has taken me a while to try it. I did notice it was very thin…and I think that caused an issue with the developers. My own developing equipment has not arrived from Japan yet so I had to send it away. When I received the scans back, it was obvious there was an issue. There was a lot of damage apparent on the images. 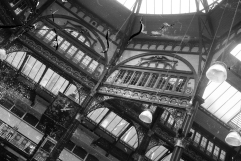 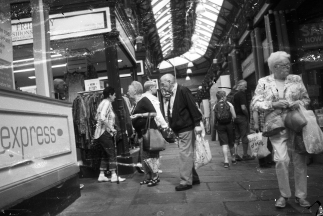 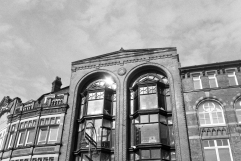 Looking beyond the damage, I love the contrast of the film. The shots are also sharp when the film speed chosen was high enough. A couple of the shots were taken as I was walking around an indoor market and obviously the camera struggled with speed. There is only half a film here as I tried the film in an LC-A first, but I wasn’t confident that one was working, so I rewound it and tried the remainder in the Minox. I sent the LC-A for a service and tried another film in the Minox. I have a few more rolls of candy left and I received a message from the makers that there is a new version that is the regular thickness. I ordered some from Analogue Wonderland.

So back to the camera, I did find the speed chosen by the camera for the aperture chosen by me seemed very high for the conditions. On the first film, I checked the camera against a light meter and it seemed about 1.5 or 2 stops too high. This blogger said that was normal with modern batteries and suggested using a black and white film which has more tolerance. The original batteries were 5.6V, but those mercury ones are no longer available, the modern ones are 6V. This is where the overexposure comes from.

I hadn’t read that before and chose an expired venus 400. Here are the results from that film. 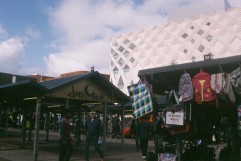 As you can see, a few of the shots are underexposed. The blog I linked to also mentioned that the camera gives you the feeling it is not working and that is exactly how I felt. It was one of the reasons I chose an expired film as I did not want to waste a good one on this camera and I had not received the candy back yet. That blogger was left with the same feeling and had also compared it to the LC-A. Snap. The shutter button was very light to the touch and I sometimes didn’t think it had been activated. It was only when trying to advance the film I realised it had taken a picture. It was also quiet which didn’t help the situation. Oh, and the camera had a double stroke film advance.

On top of all that it is just so damn small. The rings for changing the aperture and focus distance were also very tiny and hard to adjust, even with my tiny lady fingers.

Keep or Sell: I really disliked using this camera, this camera is not for me. Sold.