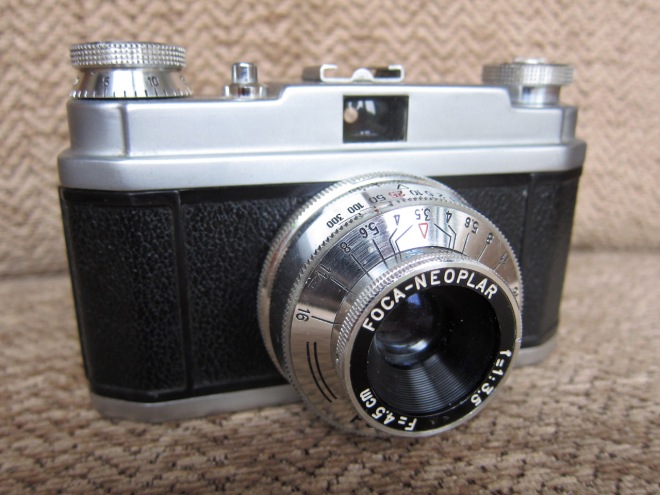 I tried a few cameras over the summer and made draft posts as I did. Work starts again next week so I will have less time to test and post, so over the next few days I might have a few posts to get through.

As I was in the UK the number of ‘junk’ finds was considerably less. So I opted for searching on eBay for charity posts. Charity shops often sell cameras on eBay now and you can sometimes find a bargain as they do not test them. That means the prices are reduced if you are willing to take a risk. At the end of the day, you have given money to a worthy cause.

This was one such buy, a Foca Sport I. It was originally produced in 1956 and was the first and most popular of a short lived series. It is a French camera for which there is very little on the net as it lacked popularity elsewhere.

Even for the time, it is a very basic camera. There is no rangefinder and focusing is achieved by guessing the distance. The film winder also houses the counter, which goes down as you shoot. So you have to set the number before you start shooting. The winder is also used to rewind, which was a little tricky to figure out without instructions. You have to lift the winder and then turn the other knob in direction of arrow. It has a top speed of 1/300th and apertures between f3.5 and f16. I took mine on a walk along the coast near Craigure, Isle of Mull. I used an expired 400 film which I thought would be suited to the low speed by rating it at 100 asa. 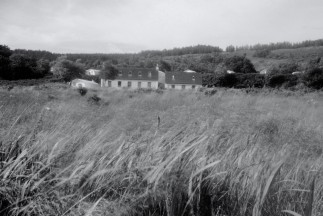 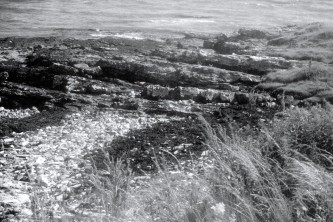 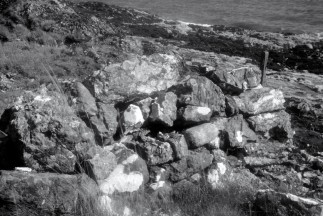 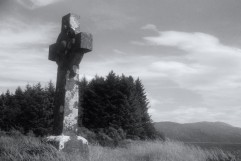 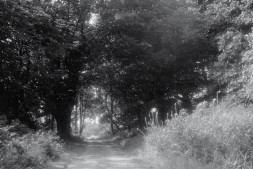 The camera was easy to use, even with guessing the distances as I mainly kept it at infinity. Mine seems to have a hazy lens, but the shutter worked fine. I also seemed to have a little trouble getting a straight horizon. It was a windy day and I did get stuck in a bog, but they are not good excuses. I almost got stuck by the tide at one point and I was glad I decided to wear waterproof boots so I could make a quick dash to more stable land. It was one of the reasons I chose this camera for the walk…I didn’t mind it getting damaged if I did fall over in the mud.

Keep or Sell: As I would probably not use it again I decided to try covering it with an unusual skin I saw online. After that, I sold it as a display model…or fun experiment for someone.

3 thoughts on “Foca Sport I”