I hate this camera. Strong start, but really I do, simple as. I am not sure if it is because of the issues I had using this example or my dislike of Fuji right now. How can a firm that is called Fujifilm and based its existence on film and film users abandon film? Rant over…I think it is the actual camera’s fault. 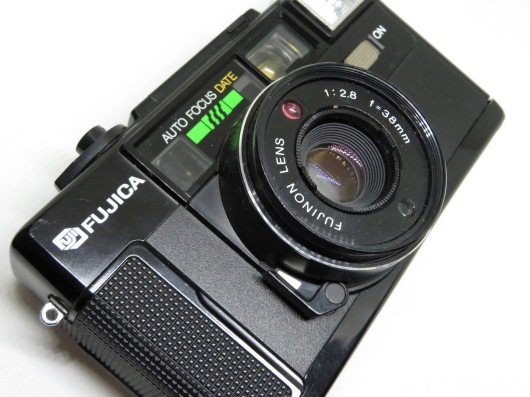 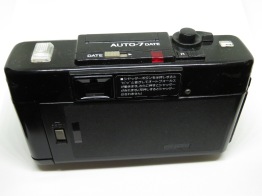 My first complaint about this camera from 1981 was the loading mechanism. The last photo in the group above shows a tiny slit where you push the leader of the film in. I attempted this two times and both times the film was not loaded correctly. I tried one more time, after abandoning the camera for a while in a huff, and this time it accepted the half used roll I was trying. I think this system is supposed to make things easier, but I found the opposite to be true.

The second issue I had with this camera was setting the date. I could not see anywhere to see what I was actually setting it to. If there was a display in the viewfinder, it was not showing in this example. I ended up watching this Japanese video.

It shows many lights in various places. On my example, most did not work, except the very bright focusing aid on the front of the lens barrel. The flash ready light never lit, the red film advance never lit, and the light above the viewfinder never lit either. As for the flash itself, it worked intermittently. If I pressed the shutter partway until I heard a beep, then pressed it the rest of the way…it sometimes worked. It never worked if I did not hear that beep.

Setting the ISO by the dial on the front of the lens was also troublesome. Like most cameras with this dial system, it was just too stiff.

Oh and it has zoned focusing.

But did it actually work? I put in some fujifilm 100 (grrr) and finished off a roll I used on another camera. 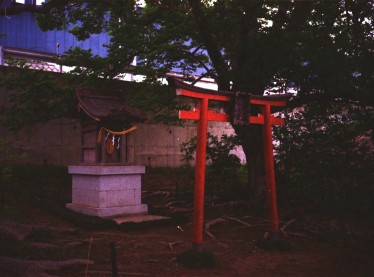 Barely. I had a look on the Lomography site for this camera and their examples had the same washed out look. I know it was a dull day, but still.

In the phrasing of someone I know, this camera is a pile of Sugar Honey Icecream Toast. Though I may have got some of the foods wrong, I love the clever way of trying to hide rude words from teachers…it never works, we were kids once too…scary thought.

Keep or sell: I am not keeping this, I am not selling this. It will go in my own junk pile unless someone wants to give me a swap or postage fee. Wanter beware.