So, I was at a festival and someone I know in passing had a film camera around her neck. A film camera I did not have and had not tried. I struck up a conversation and it turned out I may have influenced her even trying it, a camera once belonging to her grandfather or father. We had a chat about the beauty of film and the awesome sounds they make and I decided then and there I must have that camera. So on my way home, I stopped at a second-hand store and there one was, without a lens, in the junk bin. A Canon AE-1.

As I already have a Canon A1, I decided to invest in a wide angle lens. I even made a camera strap to add to the coolness. If the AE did not work, then I could use the lens on the A1. This camera is one of the most popular cameras for students, those wanting to learn about f-stops and depth of field, film…anything really. You can read all the technical details you like here. It was produced between 1976-1984. This guy says it is one of the best cameras ever made! Bold. But once I put a battery in this one and added the lens, wow, it makes the most satisfying noise when the shutter is press. The best shutter noise I have ever heard. I later found out that this was the Canon squeak, I like it on this camera though. It also feels solid, yet comfortable. I loved it. This site has an excellent review, going as far as to say this was/is a cultural icon. But did this junk bin find work? 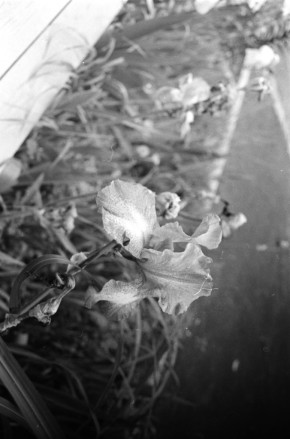 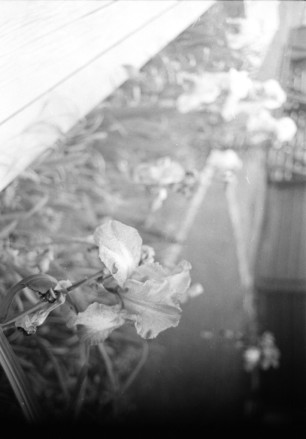 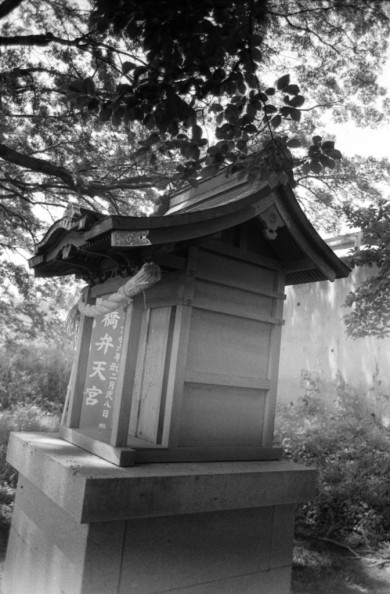 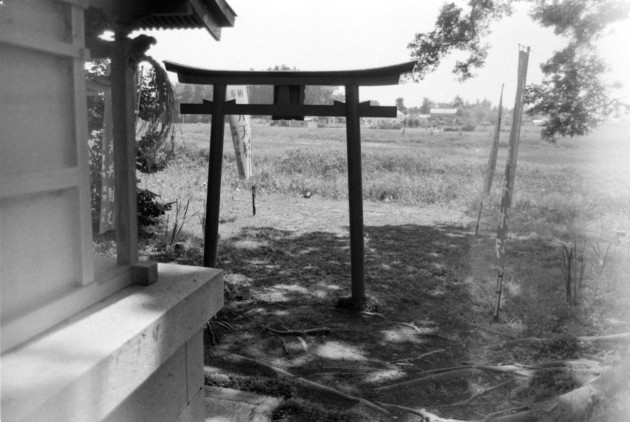 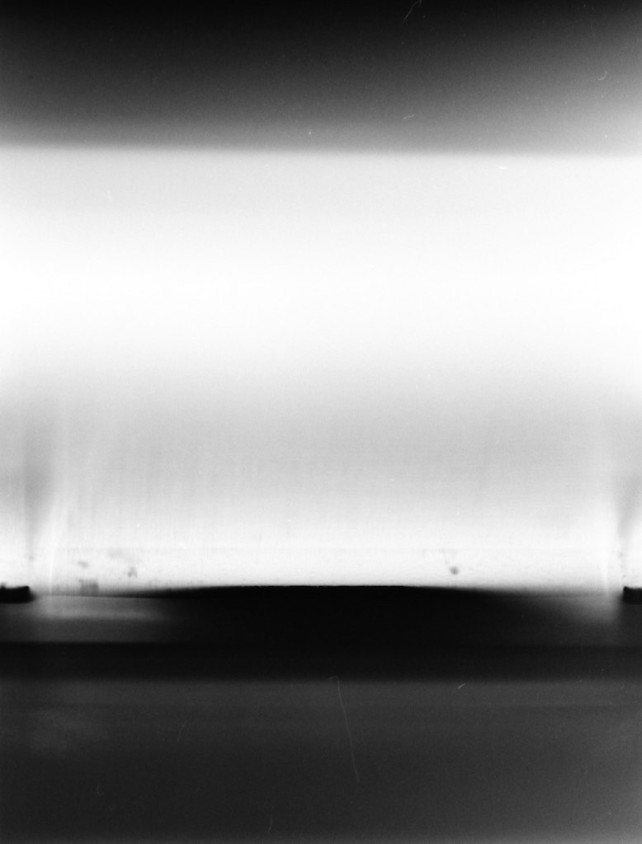 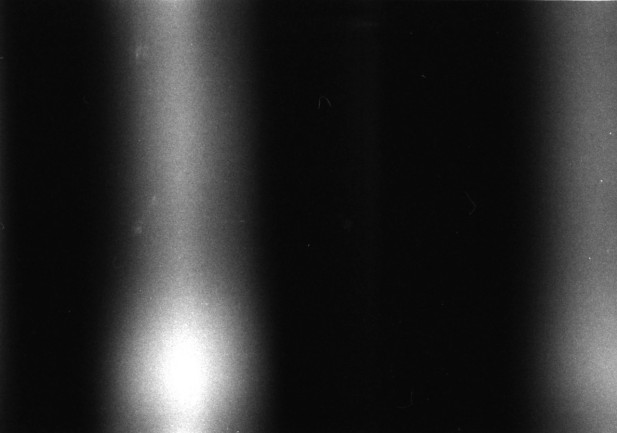 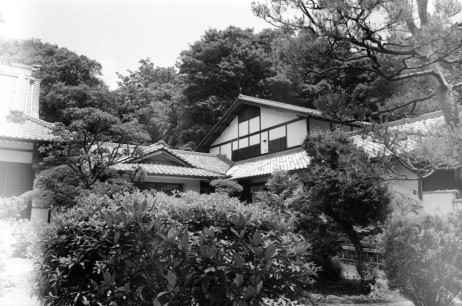 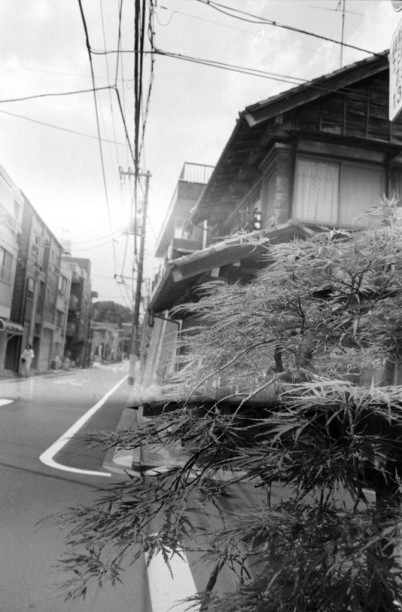 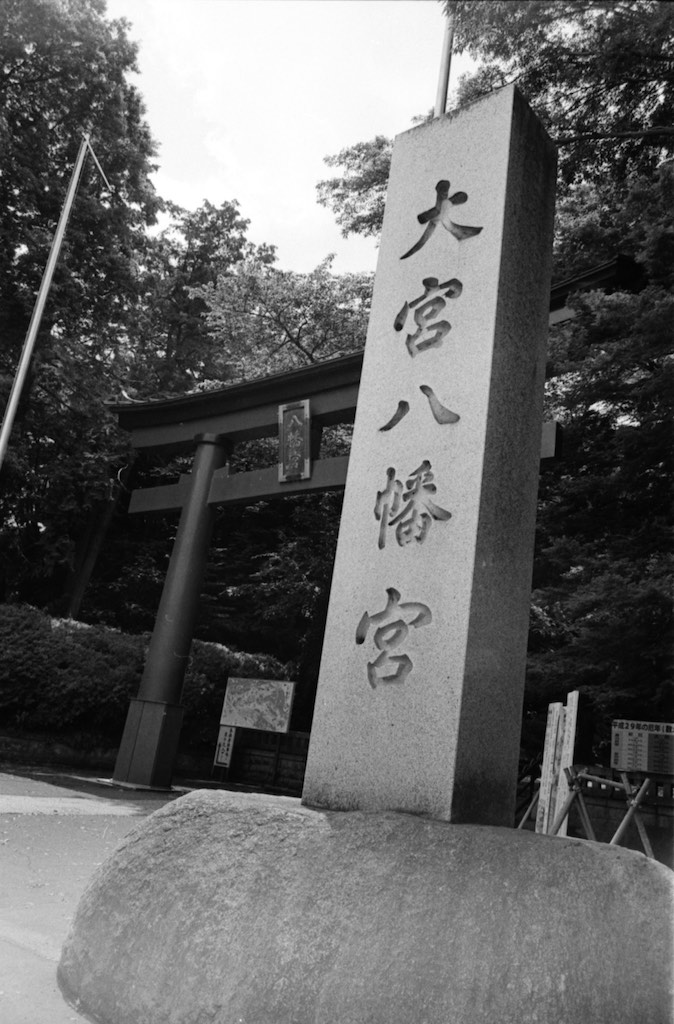 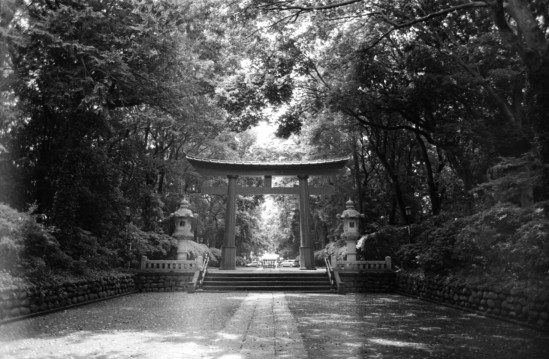 It was one of those too good to be true moments. Yeap, these days you can’t get a Canon AE-1 for $10 in a junk bin and expect it to work. On the plus side, the lens seems fine. The camera body had an intermittent mirror lockup issue, probably related to the squeak. I thought the shutter curtain might stop light hitting the film, but no. I did some research and this site said it might have been an issue with the mirror magnet that needed to be cleaned. So I took off the bottom plate, but it was as clean as a whistle and perfectly intact. I followed this video for instructions.

The same site said it might be some plastic under the film advance lever, so I took the top part off too…then I just got carried away and started to take the whole thing apart. 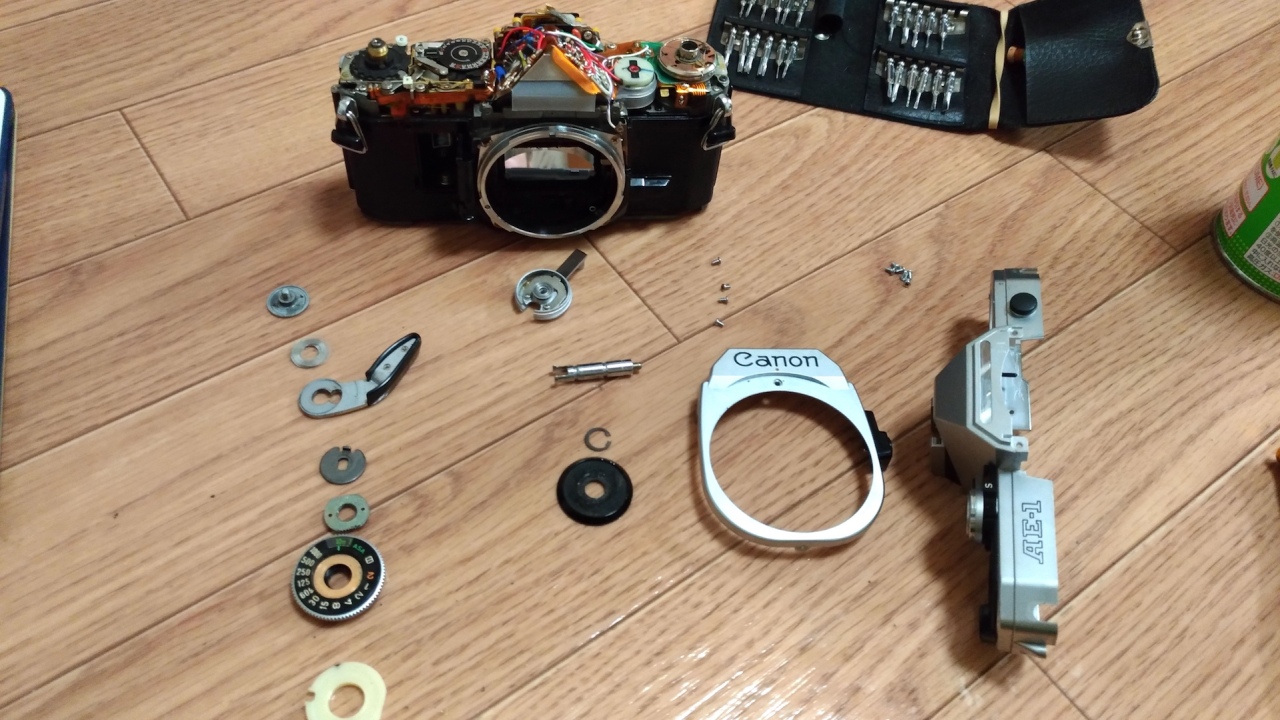 I wish I could take apart a camera and put it back together again, I wish I had the knowledge to fix issues like this. But I don’t….but I do enjoy ripping things apart.

So keep or sell….erm..it’s in pieces. BUT I will get another one day because I am a bit obsessive about these things.

Addendum: I did get another body to go with the lens. This time a fully black AE-1 for about $60 which I think is a great price. Here are the test shots from that camera. 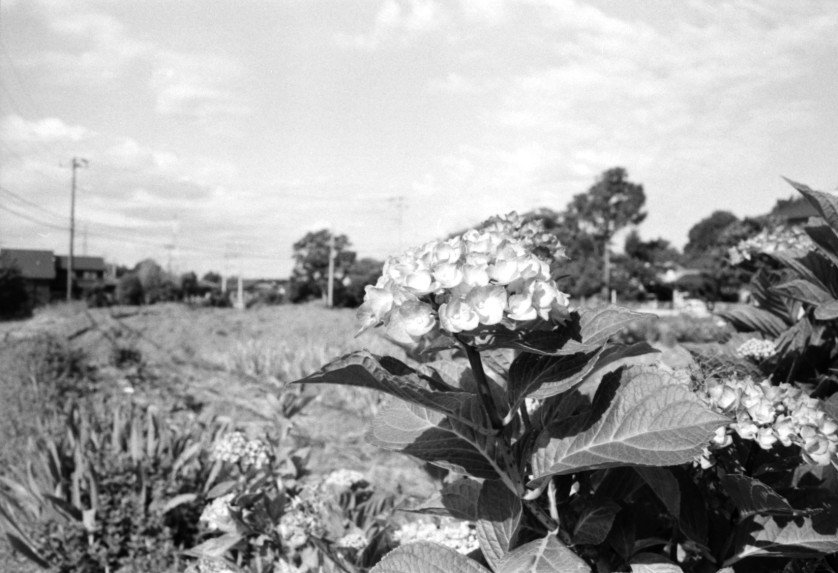 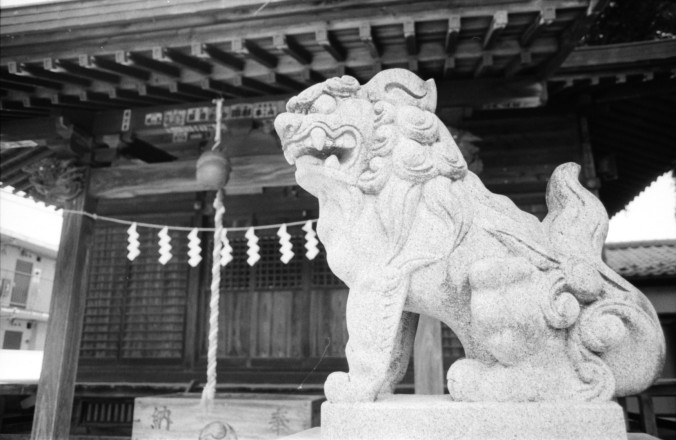 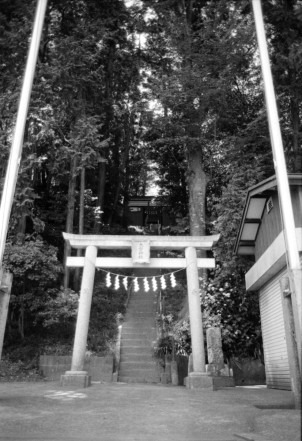 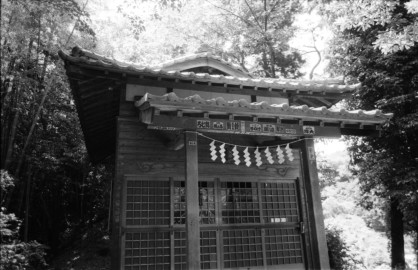 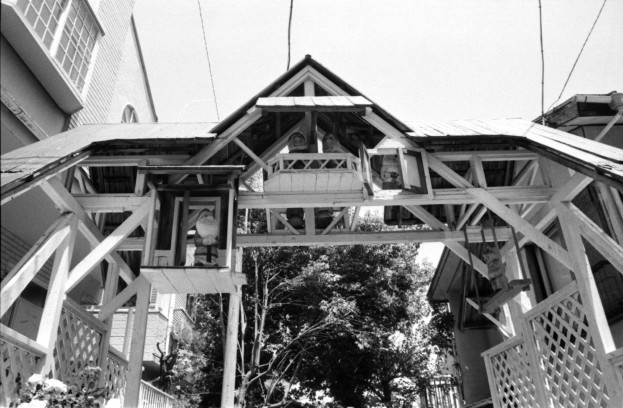 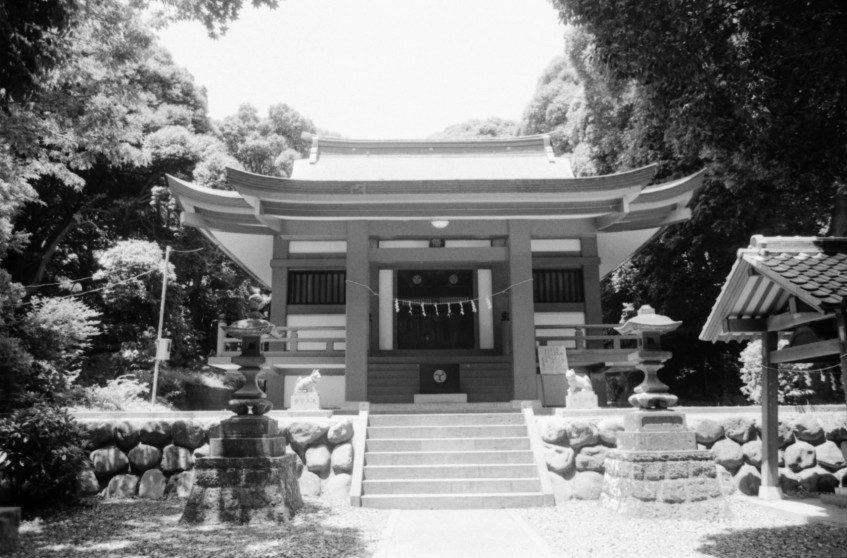 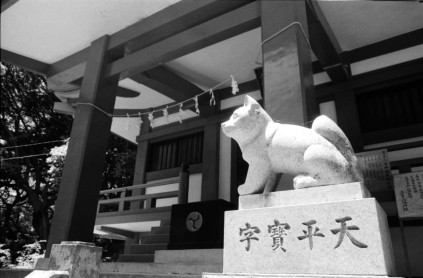 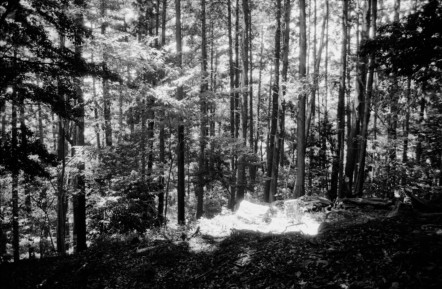 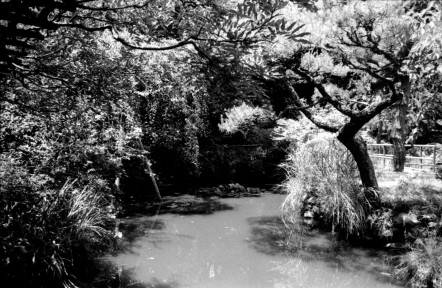 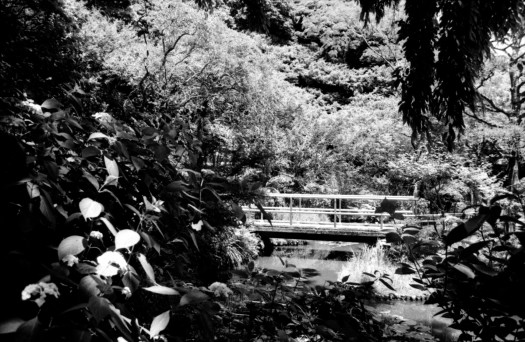 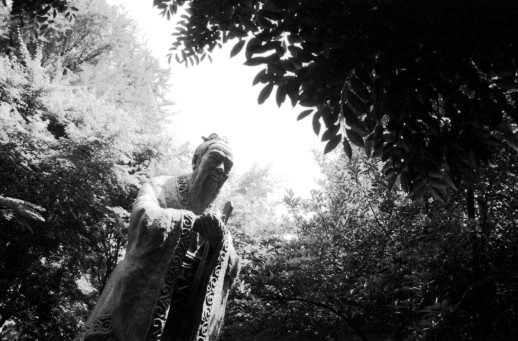 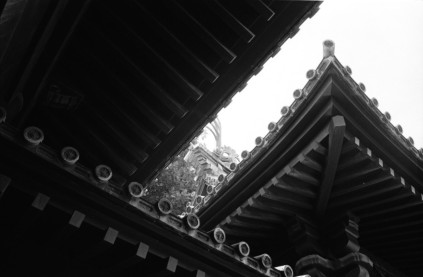 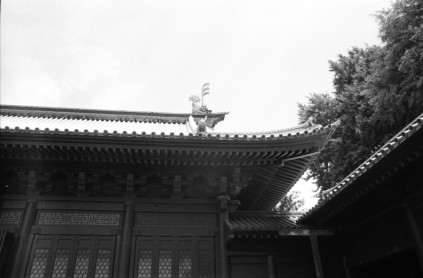 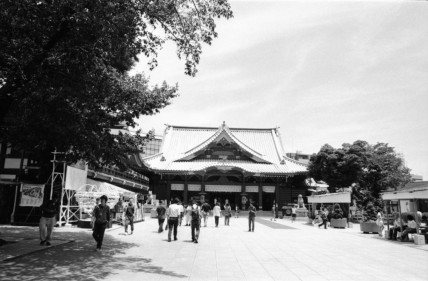 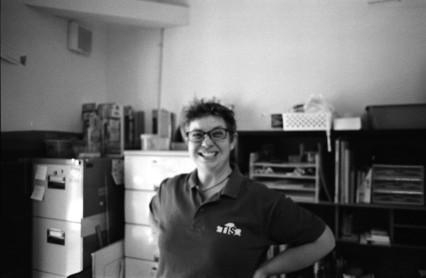 I love this camera. On the day out you can see here I also took the Nikon F2, the canon is much lighter and I feel just as great. I think it will be one I choose to use more often than most.

Keep or sell: I decided to just keep the A-1. So this one has sold. I did keep the lens though. Also, I think if I had the original camera now I could have fixed it as I just fixed the squeak on the A1. Oh, well. I am glad I can look back on my posts and realise how far I have come in my knowledge and understanding.