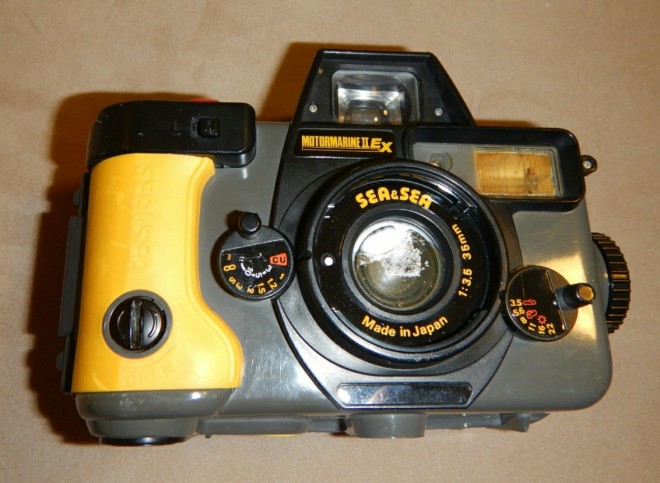 I was astonished when I saw this camera for sale, not in a junk bin, but very close to one. It was a gamble at $30, but as I had a dive holiday coming up, why not?

For a 1995 dive camera, it looked in pretty good condition. The o-rings were intact, the battery compartment was clean. 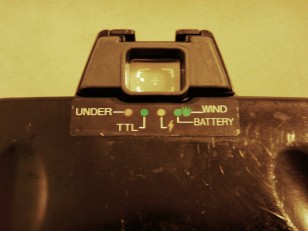 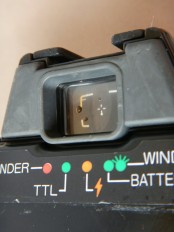 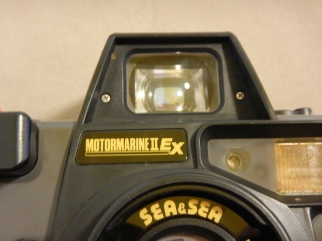 I loaded it up with new batteries and a 800asa film. Then jumped into the water.

At first it handled well. The lights in the viewfinder made it clear what was happening. Though, it was hard to use the viewfinder accurately though a mask. The zoned focusing was very tricky. When you are trying to stay buoyant it is difficult to focus your attention on a camera settings, it needs to be simple. Though this camera is simple, you still have to move things. The CU on the distance guide means close up. There is a speed selector and an aperture selector. If there is enough light at the chosen settings the green light shows, if not an orange one also lights up. If you are at the slowest speed and largest aperture then you turn on the flash.

All was going well until we hit 25 meters. Then the camera died, nothing responded. I hoped it was due to the batteries, but once I surfaced I could see it wasn’t. 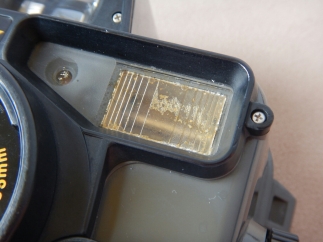 The o-rings had given way due to the pressure and the camera flooded. There was no saving the film or the camera. I am sure it would have been OK on the second dive, where we stayed at 8m for most of the dive.
On the second dive I switched to a digital camera, a Nikon AW130. 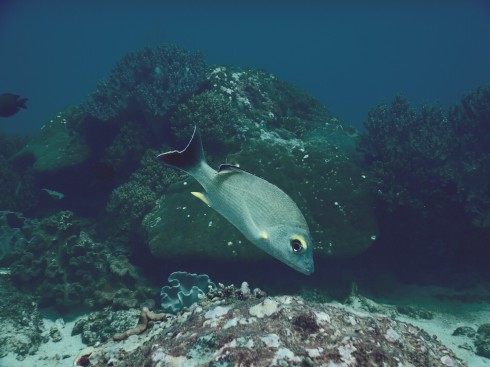 I have previously used a few underwater cameras, I prefer the canon D30…seeing as you asked.

Keep or sell….ERM…in a bin in Taiwan.

Also this is the first time I used the android phone app to write a post. Also I uploaded the photos from the Nikon using the inbuilt camera WiFi…worked very well.