As I have far too many cameras to test I decided to give this one to a friend to try out. Of course it was a bargain buy in a junk bin. 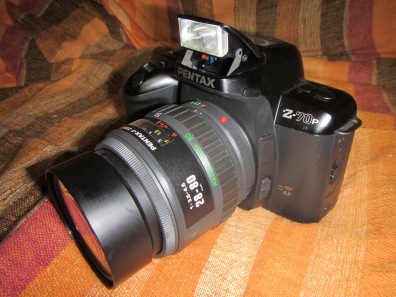 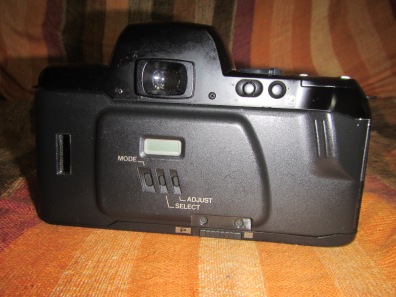 This camera is originally from 1995. It has a vertical, electronic shutter with a quick top speed of 1/2000th. It takes a 2CR5 battery. There are more technical details at this site. There isn’t much written about it on the net other than that. For the brief moment I held it, the weight for the size was noticeable. My friend said it had trouble locking onto a focus point, especially in low light.

But did it work?

NO, not at all. My friend was so excited to use a film camera and when the film was developed it was completely blank. It made all the right noises, so what was wrong. I took a closer look. 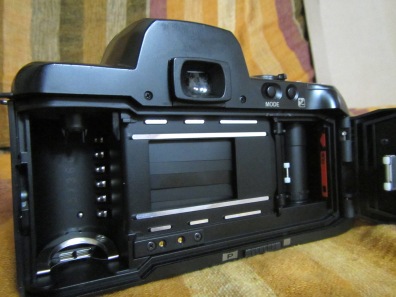 That fancy, electronic, horizontal shutter was warped so could not move. I am sure I didn’t see that when I bought it, but it might have been. Oh well nothing ventured nothing gained. It doesn’t happen often. Maybe I can use the lens on another camera later, but I will have to find it quick.