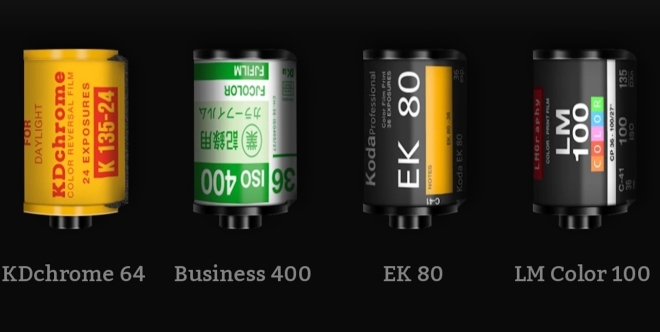 This post is about another analogue app I have tried. I have already written about the Ektacam and Vignette. This time it is the turn of FIMO, not the clay, but the analogue app.

You can buy packs or films. There is quite a selection, at the moment 33 different films. Here are some of them.

Once you have bought the film it is taken out of the wrapper or carton. The prices range from under £1 to around £1.50

Here are some of the ones I have already bought or came with the app.

When you add them to the “camera” it looks like this…

As you can see I tried Kodachrome 64 first as I have never shot a roll of it in real life. I have a new 360 case on my phone and it seems to be affecting the camera. I am awaiting a new case then I will update this post with other films. But for now here are some results from this pack.

I love the presentation of this pack, but as I said, I had issues with my case. At times I couldn’t see my screen and a few shots were badly exposed. Even so, I did enjoy using this app and will buy more films.

UPDATE: I am still having issues with the case, but I realised after that you can adjust the EV by sliding your finger up and down the image screen. So I tried a few more films.

Portra 160NC
It seems to act a bit like an expired film, anything slightly underexposed exaggerates that effect. Oh and the image on the roll inside the “camera” is displayed in negative.