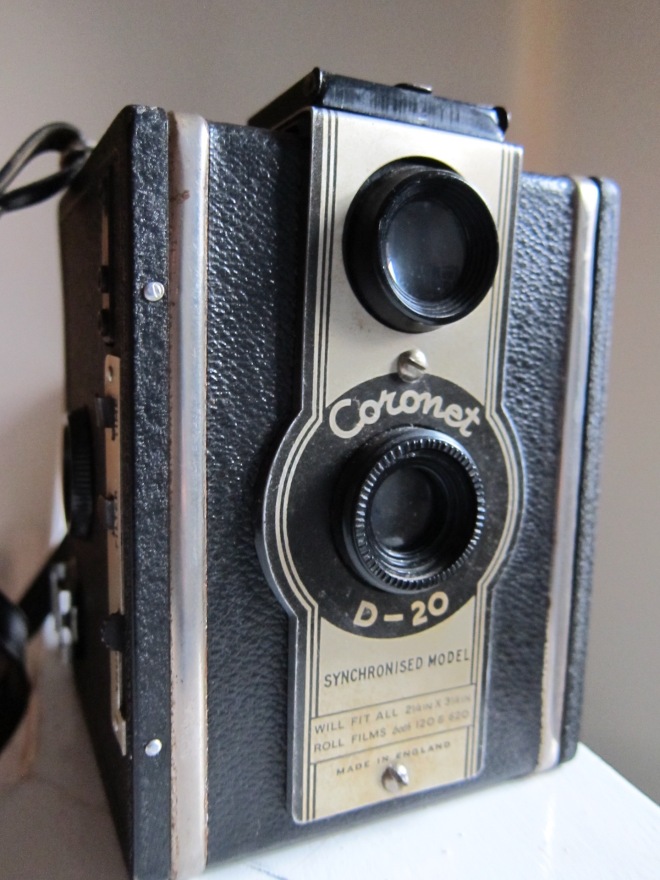 Now, even though I just posted that my plans for my photolife are changing, I still have a few cameras with films inside. So I will be posting more reviews for now, but they will slowly die off.

One of the reasons for the change is because of cameras like this…I hate this camera. In fact I can honestly say I haven’t tried a coronet I do like. So this will be the last one I put a film in. I do have a few more, but due to my new plans for the future, I will not be wasting film in them.

My dislike of this camera is based purely on the viewfinder. I couldn’t see a bloody thing. It was clean enough, but you have to look through it at a specific angle to see anything. I rarely hit that sweet spot. So my test roll shot results were based purely on luck. I don’t think photography should be down to luck.

The one good thing about this 1950s camera is that it can take 620 or 120 film. That is handy, as I didn’t have to respool the film before loading it. Side loading by the way. To be honest, I also kind of liked the ratchety wind on mechanism. It clicked as you turned the knob, but a clicky knob can’t save it in my eyes.

The days I used the D-20 were dull so there was no need to use the built in filter for bright days. Oh I have to say, the plastic strap was equally annoying. It never quite went straight and was uncomfortable around my neck.

Not my favourite results. The one on the bottom, the field, was supposed to be of a cow, but I couldn’t see it in the viewfinder.