I have previously tried a Werra and mentioned that I bought a junk/parts camera for less than £5 in order to get the front lens cover. Well, this is the junk camera I bought minus the small lens cover which I put on the other camera.

I sent the original Werra off for a CLA to a well-known place in Liverpool. This one initially didn’t work and I was about to consign it to the rubbish bin. Then I heard about another person who serviced cameras. He was much cheaper so I thought I would send him this one, nothing to lose really. Well, in a week he sent it back. Apparently, a small piece of plastic was stuck in the shutter mechanism. He took it out and voila, I now have two Werras. Actually, I also sent my Leica to the hobby guy for a CLA and that came back much cleaner and smoother too. The lens was unrepairable, but the viewfinder is now brighter. I am not sure why I took the risk with that, but it worked out well.

Ok, so what about this unexpected Werramat. It was made around 1961 and is completely manual. The lens cover was damaged as on my original. The manual states to put the lens at infinity before putting it back on as it will get damaged. I found that out with the original. I loaded this one with a roll of very expired slide film a Jessops 100. I set the camera to 25ASA.

Do you see the dial on the bottom? I left mine in the “R” position which means rewind. So when I finished the roll I actually hadn’t taken any photos as the film had not advanced. The arrow needs to be beyond the black circle, as it is in the photos. Then the film will advance.

So did my cheap, junk, bargain CLA’d camera work. Yeap! but the expired film was rubbish It had a massive colour cast which I removed. You can see some sharp photos though. There is no rangefinder, so it is a matter of guesswork and using the distance scale. 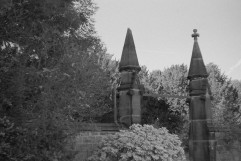 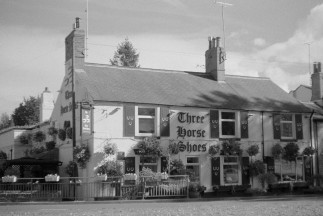 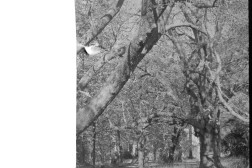 I think it needs a trial with a better film. But it does work and I now have two Werras.

Keep or Sell: I think I might give this one to a friend, I definitely don’t NEED two..but do I want two?? No, my GAS has gone and so has the camera.