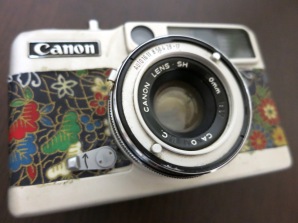 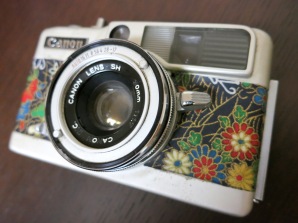 Now, the Japanese print on the front tells a story. It originally had a black leatherette, but I took it off to access the inside of the camera and it disintegrated. This was in an attempt to get at the battery compartment because try as I might, I could not get the battery cover off. I tried everything I knew. In the end, I took the cover off to see the inside and then soaked the bottom of the camera in vinegar overnight. Still, the cover did not budge a millimeter. Nevermind, the camera would still work in manual mode.

The next issue was the focusing, there is no split image, it seems to be zoned with a needle pointing at the three regular symbols in the viewfinder – that of person, a group of people, and a mountain. When I moved the focusing dial the needle did not alter, that was broke too.

Finally, the winder was stiff and has to be slightly forced back to the original position. What an awesome camera. Though it does seem prettier with the new cover.

I still decided to try it out and loaded a half roll of expired Svema. Mainly keeping the lens set to infinity, here are the results. 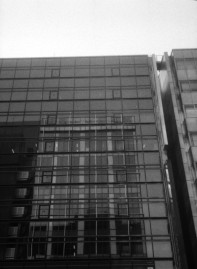 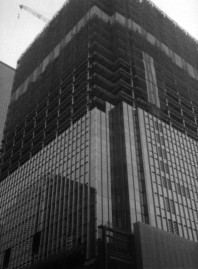 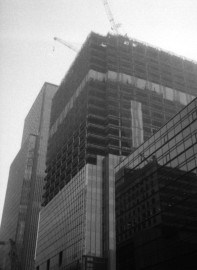 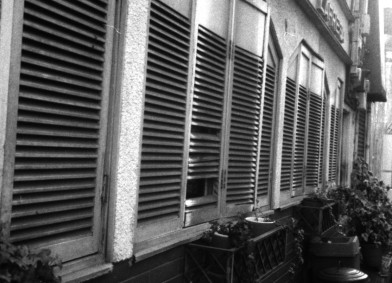 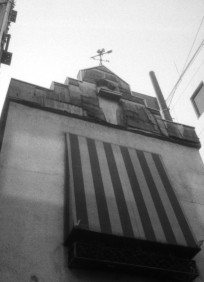 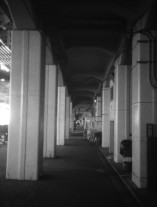 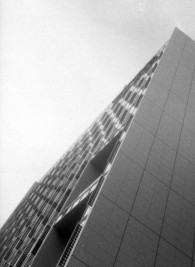 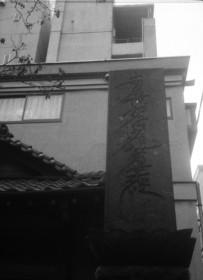 Apparently, I used the film before as there are a few double exposure shots. Hmm, they are not the worse result I have got from a test film, especially considering the film is from 1985. This 1966 camera produced acceptable shots despite its condition.