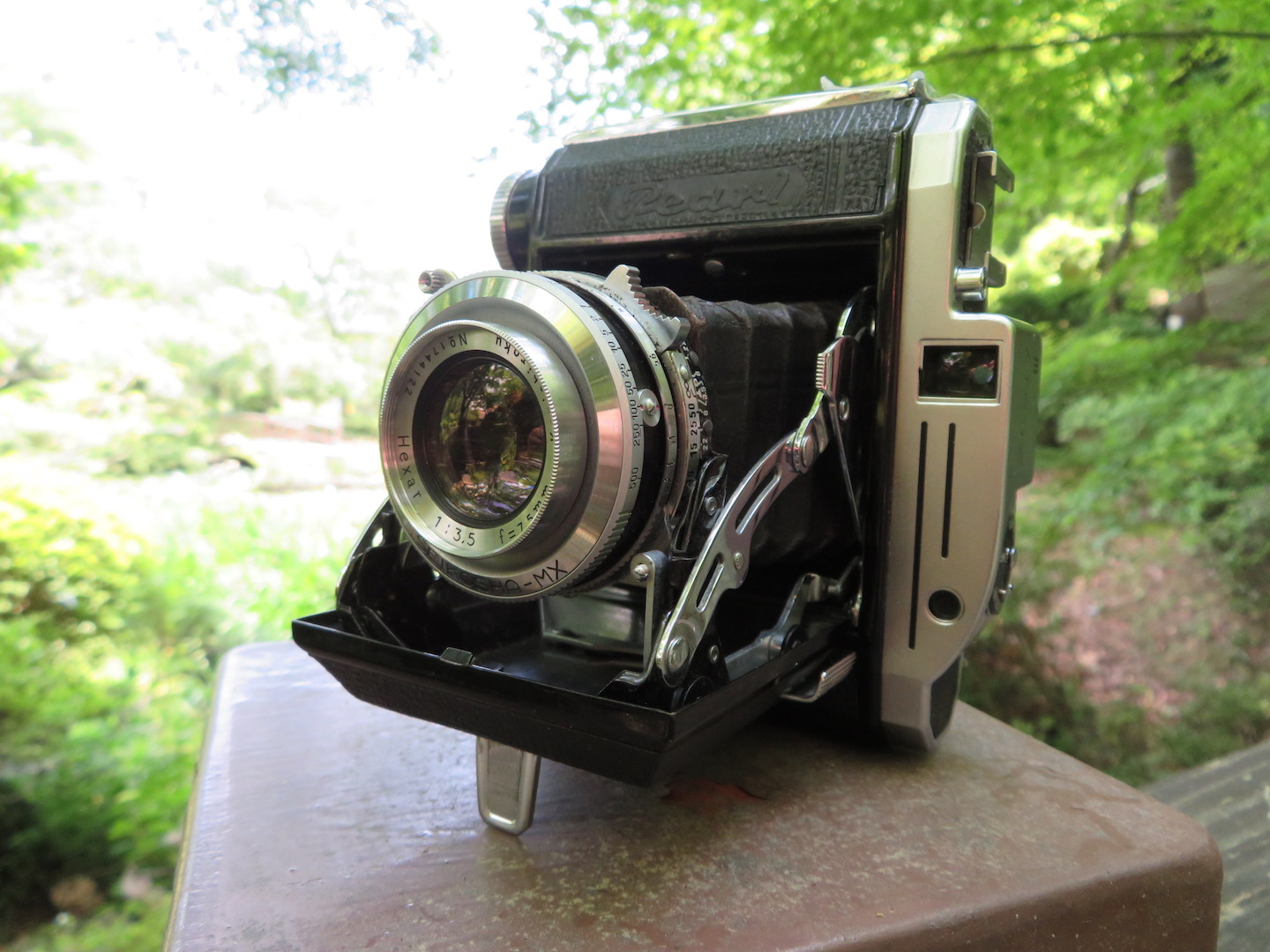 I was asked to use this camera by one of my students. He was a bit worried that it wasn’t working correctly and wanted some reassurance.  Sure I said, I have never used one before, or even seen one for that matter. I was a bit jealous as he is in grade 5 and he has this super camera. 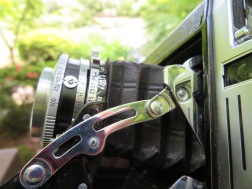 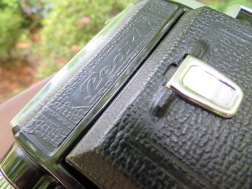 I had helped him load some Shanghai GP3, but after a few shots, he thought something wasn’t right so asked me to finish the roll. I took it to Shunpuu Banriso a beautiful house and garden in Kasama, Ibaraki.

This is a coupled rangefinder from 1955. It has an auto-stop advance and takes 6×4.5 photos. The shutter release is on the lens door and the door opening button is where you would expect the shutter release to be, a bit of a reverse.  The lens is a Hexar f3.5, 75mm. The speeds range from 1 second to 1/500th. The rangefinder is operated by the indented slider on the lens. The indented button is molded and placed in order to be operated by the right index finger. This example’s worked so smoothly, perfect condition. I found loading the camera a bit tricky as there is a push-up plate which is hard to reach. Once we had loaded the camera I put some tape on the film door opening lever as the student is sometimes a bit impatient. When we had loaded the camera he immediately opened the back again. So the tape was a visual reminder. The actual switch also worked smoothly and perfectly.

You cock the shutter with the lever on the front of the lens, after setting the aperture and speed manually. The camera does not have a light meter. It is possible to take multiple exposures before advancing the film. Once you are ready to advance the film you have to press the switch next to the film advance knob, this releases the mechanism. Turn the knob clockwise to advance and it automatically stops in the right place.

Once I had finished the roll I thought I had advanced the paper all the way to the end, but when I opened the back I found part of the paper still covering the exposure space. The film advance was a little sticky so I manually finished advancing the film paper. There was only a little bit of paper to go, the film was already protected. I think the paper was really stuck to the original spool and there wasn’t enough ‘power’ to pull it off.

Then I developed it, in Kodak T-Max 🙂 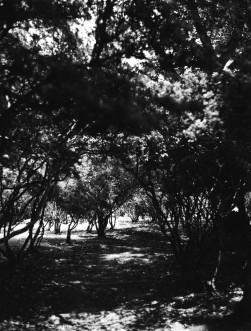 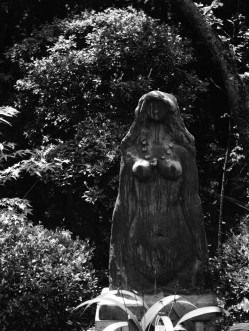 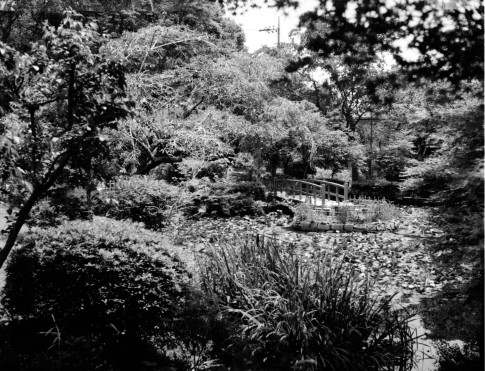 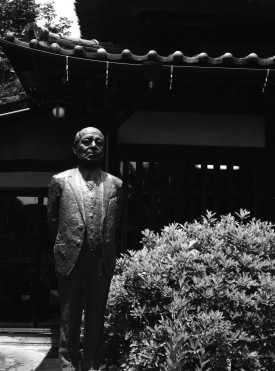 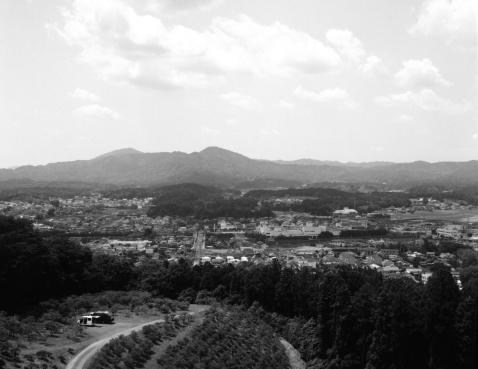 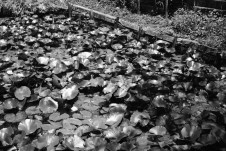 Wow, what a bargain this student has found. I think he got it for much less than the few cameras posted on eBay. It is clean and works perfectly.

Keep or sell: I have to give it back 😦