I fell in love with this camera immediately. Look at it…look!! 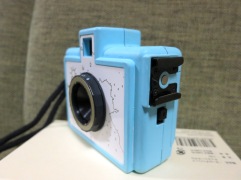 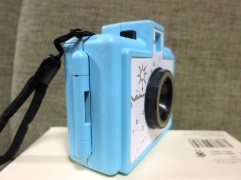 It came complete with box, instructions (in Japanese) and a free film in the small box (which I used for this test). Unfortunately, it didn’t always look like this. I spent some time cleaning loads of sticky goo that covered it from top to bottom. I have suspicions it was tobacco residue, whatever it was…it was gross. 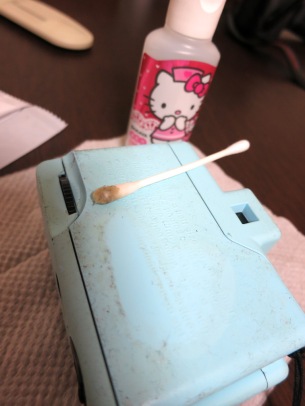 First I tried hand sanitizer as it was the only thing I had to “hand” so to speak. But that didn’t really work, it just moved the stickiness around. So I ordered 99% IPA (isopropyl alcohol) from amazon.jp and that worked a treat….now look at my cool looking camera…wait is that a half-frame mask? NOOOOO, but it is so pretty, designer even. I have a designer, half-frame camera. Oh, my heart is torn.

Oh well, I better get to testing it. But first, here is the website for this camera..and yes I did find it in a junk bin, ’cause it was gross. You can find technical details on that site, but no date as it seems to be still available new from certain places. This is the Chelsea Maika version. After a little research, I found this person is the author of a book called, “My life as a Golden Half”. I found a second-hand Japanese copy for 1 cent on Amazon.jp and am awaiting its arrival. I am very curious by the premiss of the book.

Living in Japan right now, I understand a little about the stigma of the term Hafu. I love that this book and the camera is called “golden half” and celebrates the wonderful mix of cultures.

But did this camera work? How was the film? I wish I had researched it before I used it as I might have taken completely different photos. I basically wandered around as just shooting. I hadn’t cleaned it at this point, just the lens, so it was awful to hold. I wanted to get the test over and done. 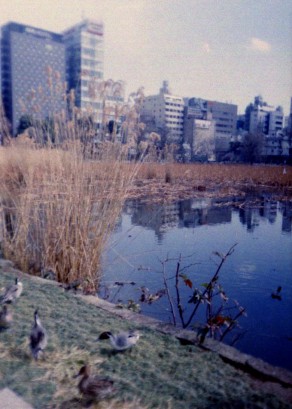 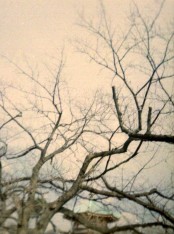 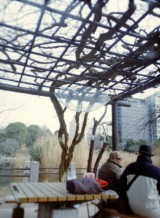 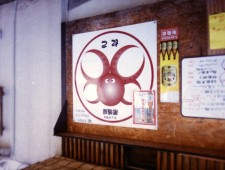 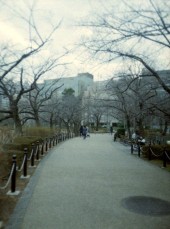 Well, it worked. It is useless when pointed towards the sun, look at that first shot. There is also a weird pinhole type effect with the center much sharper than the edges. I missed a few shots by forgetting to take off the lens cover…honestly, amateur! I am tempted to use it again and take people shots.

The backstory of this camera makes me want to keep it along with the book. But then I received an email from a bloke in Latvia who wanted to make a trade. So it is currently winging its way over there and I am awaiting a Latvian goody box in return. It feels like xmas.