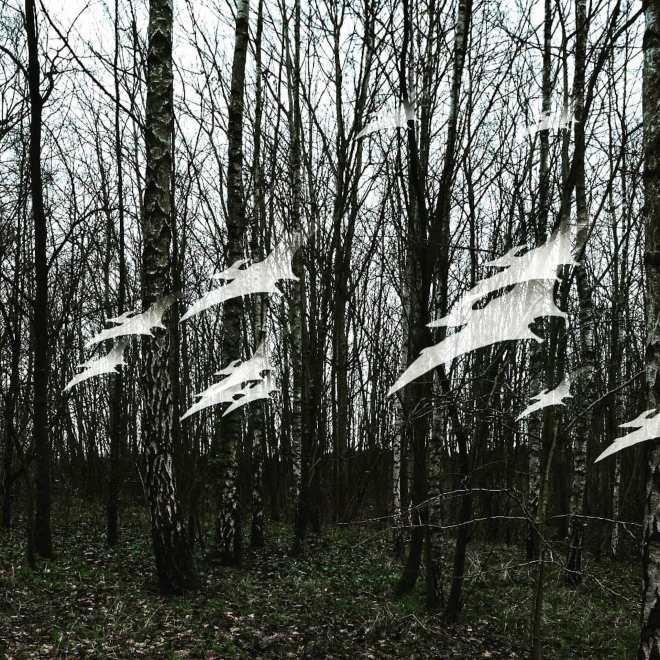 As we are being encouraged to not wander about too much, I decided to go back to my photo projects books and look for something to occupy myself. During the first lockdown, I used a few projects from this book.

I tried this one with my Duaflex and a few other projects here. This time I decided on the light stencil project as the days and nights are darker. Plus I could use my D750 which I have been wanted to use a bit more.

I was recently sent a box of Christmas presents from a new friend in Holland. It was unexpected and lovely…and now it is after Christmas I know it was filled with lots of lovely photography stuff. Anyway, I still had the box and wondered if I could use it in a photographic way to add to the whole present theme….as in, the box could also be used for photography. Then I remembered the book and got to work transforming it.

For the stencil I decided to cut out a few dinosaurs from sheets of cardboard. I had watched the video on this post. The guy in the video printed his stencils, but as my cartidges are very expensive and I had time, I went with the simple cutting route.

I tested the set up in my room before lugging everything into the woods. I found having the camera on the smallest aperture of f22 and a low ASA of 100 meant an exposure of 30ish seconds. That gave me time to move around, set off the flash, and my body not be a solid image in the final photo. Oh and I set the flash to 1/32th anything lower didn’t show up enough, anything higher burned through the cardboard too.

Then I packed everything up and set off for my local nature reserve.

I also took a film camera, just for fun.

I did get a few funny looks, flashing around in the woods. But generally. I was happy to have people around, it felt safer.

The light in the woods was a bit brighter than I wanted and it started off with the camera choosing 5 seconds which wasn’t long enough. I set the ISO to LOW – something and it increased to 8 seconds. Over the hour I was there it gradually increased to 30 seconds and at that point I used my film camera too. I mirrored the settings of the digital. I haven’t got those photos back yet and will update this post when I do. For now here are a couple of digital shots.

I did make three stencils, but without help I couldn’t swap out the stencils in time to use them all. I will try again another day.

I also tried adding myself into the shot…

Maybe I should have thought more about the hat I was wearing, but it was chilly.

I know I could have used photoshop to create these, but this was much more fun.

Here is another article with a much more elaborate set-up and finished results.

I will definitely try this again another day…before the days get too long. Maybe, even use a few coloured gels.