While waiting for the postman I thought I would write a quick blog post. I searched for this camera as it has featured in a few films recently, Harry Potter, Carol, plus Sky Captain and the world of Tomorrow to name a few. As millions were produced in from 1939 to 1966 it is an iconic American camera. It is not so expensive if you live in the USA, but as I was in the UK when I ordered it, I slightly paid over, due to import charges. 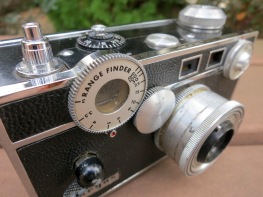 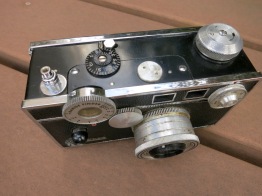 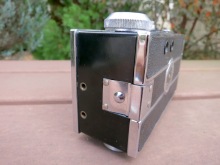 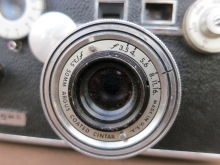 There is loads about this camera on the net, including this fantastic blog on how to repair it. Honestly, this camera caused me issues. The first issue I had was removing the camera from the case to load the film. It is quite tight, even with the screw underneath undone. There is a catch on the side you push in to open the back, it is surprisingly efficient considering there is no lock. Then the film goes on the right which is a bit out of the ordinary…maybe because they drive on the right? 😉

Loading the camera is a bit tricky as there is a catch button on the top, next to the film counter. You have to push this button away from the counter to unlock the sprockets, then you wind the film and set the film counter manually. I forgot all that and the location of the film cassette as I put the camera back on my shelf and left it there for a couple of weeks due to the weather and too many cameras. Then came the second issue, I did not think about the sprocket catch and had not read any instructions. I have used a million cameras, I don’t need to read manuals…durh, idiot alert. So when the sprockets started to tear when I attempted to wind on the film I thought I must be using the wrong knob….and promptly wound the film back into the cassette.

Ok, so what you actually do is push the button next to the film counter while you wind the film a bit. Then you let the button go and continue to wind until the film locks again. Be careful not to keep winding as the sprockets will tear. Then you cock the shutter using the switch above the argus sign on the front. You can cock and fire the shutter many times so multiple exposures are easy to do on purpose or by mistake.

The camera is completely manual, no batteries needed. You set the aperture on the front of the lens and the speed with the dial. To focus this example I turned the lens barrel as the gears were too stiff for me to move efficiently. There are two viewfinders, one for focusing and one for framing. To focus there is a split screen with half the image in yellow. You bring the two halves of the image together, then move your eye to the framing viewfinder to take the photo.

Using this example was a little tough as it obviously hasn’t been used for a while and it was a little stiff in its old age. I also had trouble winding the film. I was never quite sure how long to release the sprockets for. After a few shots I gave up, I could hear and feel the sprockets ripping. I was not getting the hang of this camera. It really is a brick, a very retro brick. The serial number on this version is 807120 so it was produced in 1952, so it doesn’t surprise me that it was a little stiff. 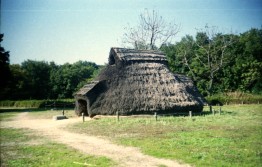 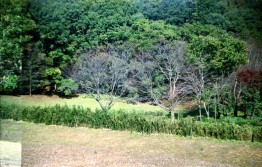 Actually, the results weren’t too bad. With a more patient person, I think it will work well. This awesome blog by a new friend also has a good description of how to use it. He had more success with it than I did, as did this blogger.

Keep or sell: Neither I had already decided to give it to my camera stealer friend who is making a camera display. This camera is so funky looking and uncommon in Japan that I think it would look awesome displayed.